Click on the first image to enlarge. Then click on the bottom right arrow to move through all the images.

Catherine Molland is a contemporary figurative artist painting ancient themes with a modern twist. Her “Navigating the Unknown” series portrays a female hero who: faces fear, sometimes has courage, sometimes fails and sometimes succeeds, but always keeps walking the path. Molland discovered Joseph Campbell, the world renown scholar of mythology who outlined the stages of the hero’s journey in “Hero With A Thousand Faces”. Molland found that her intuitive images perfectly mirrored Joseph Campbell’s map of the hero’s journey. “It was less scary having a friend to shine a light on the path ahead.” says Molland.

Molland added “with the help of elemental forces: Air, Water, Fire and Earth” to the series. In these paintings, her hero might be surrendering into watery depths, crossing a fiery threshold, or soaring in the airy clouds. Her figures are painted in traditional oil and the backgrounds are mixed media, sometimes containing natural elements like dried corn silk, leaves, seeds.

This series has received high praise from the publishers of THE Magazine and Santa Fean NOW Magazine. Molland’s painting “Victory” was published in both magazines for her recent solo show at George R. R. Martin’s Jean Cocteau Cinema Gallery. 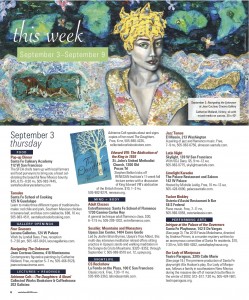 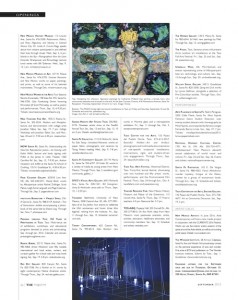